Song Style Analysis Then and Now

In the 1960s Alan Lomax, in collaboration with the ethnomusicologist Victor Grauer, the anthropologist Conrad Arensberg, statisticians and others developed Cantometrics, a system for coding the elements of musical style. Their coding system was used on thousands of songs and from that data were extracted both broad song style factors encompassing multiple coded variables and broad patterns of musical style characterizing wide geographic regions.

They were limited both by the statistical procedures of the time and by the slow computers on which they were run. Fifty years later, statistical methods have advanced, vastly more computing power is available to the statistician, and thousands of additional songs have been coded.

I am currently replicating the original analyses using such tools as latent class analysis (LCA), which goes beyond the "Q factor" analyses, or subject clustering methods, that produced their geographic regions of song style. LCA and other multivariate methods can use the subtleties of codings that previously had to be reduced in complexity to be analyzed. Our resulting regional clusters have shown very encouraging similarities to the regions obtained in the 1960s. Preliminary examinations of the associations between song style and cultural characteristics have also replicated associations observed fifty years ago by the original Cantometric team.

Latent Class analysis posits that songs belong to classes that affect their characteristics in systematic ways. Cantometric codes are taken to be indicators (measures) of these characteristics.

The strength and direction of the effects of class membership on each indicator will differ for each class. The pattern of strengths of effects that best explains the values of the indicators across the set of cases (songs) is computed for each model.

Latent Class Analysis: How Many Classes?

Models with different numbers of classes (clusters of culture groups) can be tested and their ability to predict the observed data can be computed.

Models with 1-30 Classes Were Tested 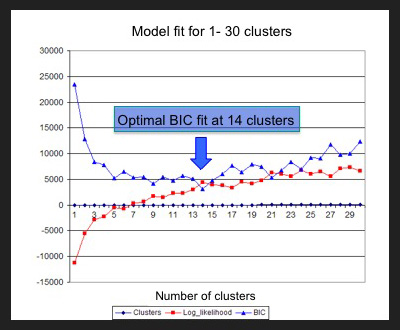 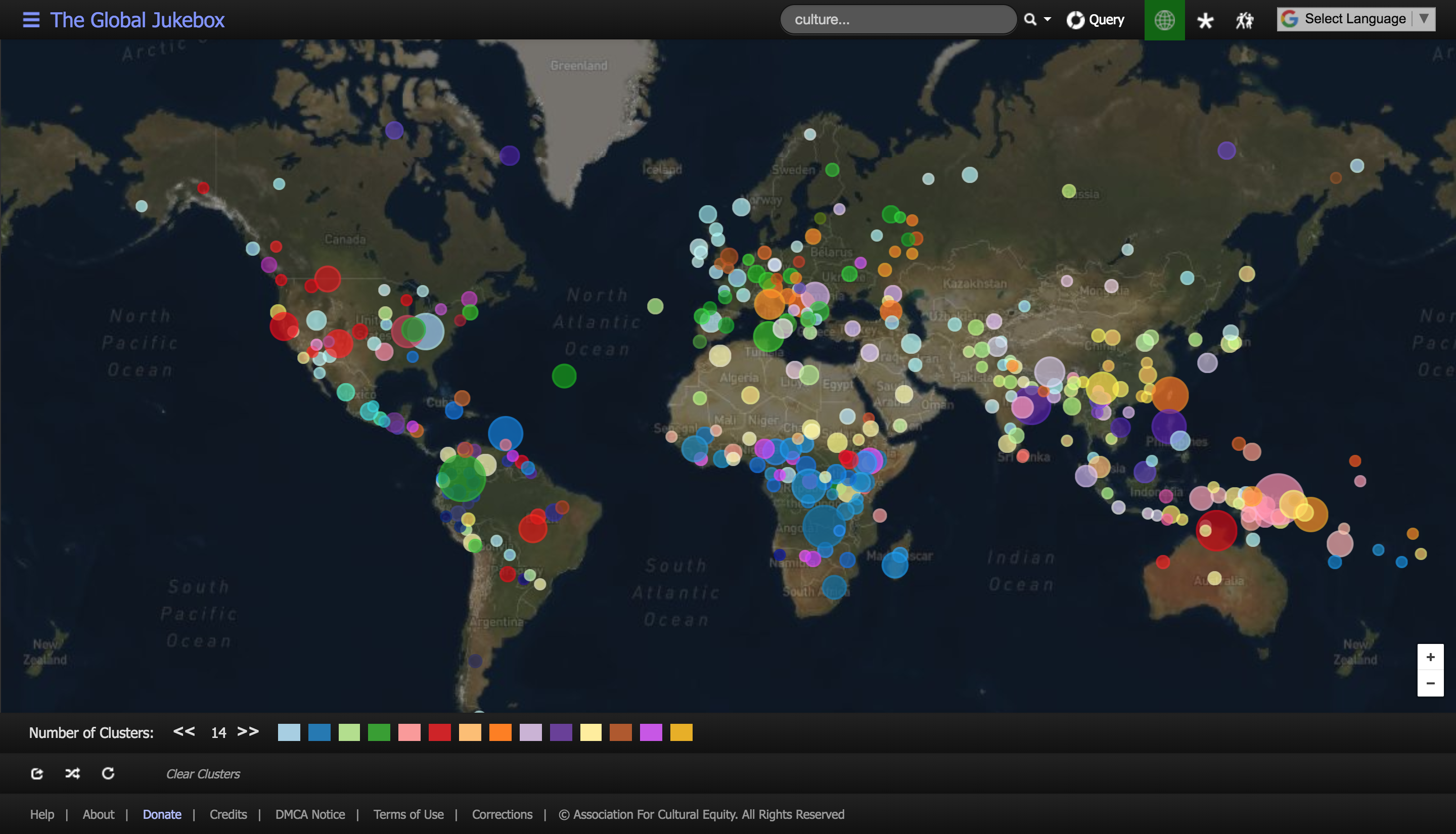 The Clusters are Numbered in Decreasing Size Order 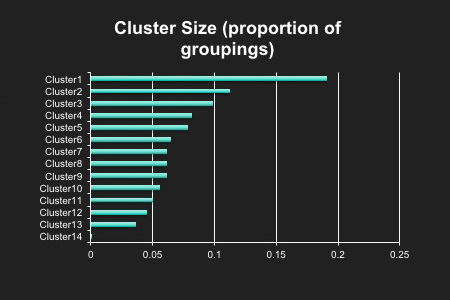 Cluster 1 (About 19% of the Cultural Groupings) 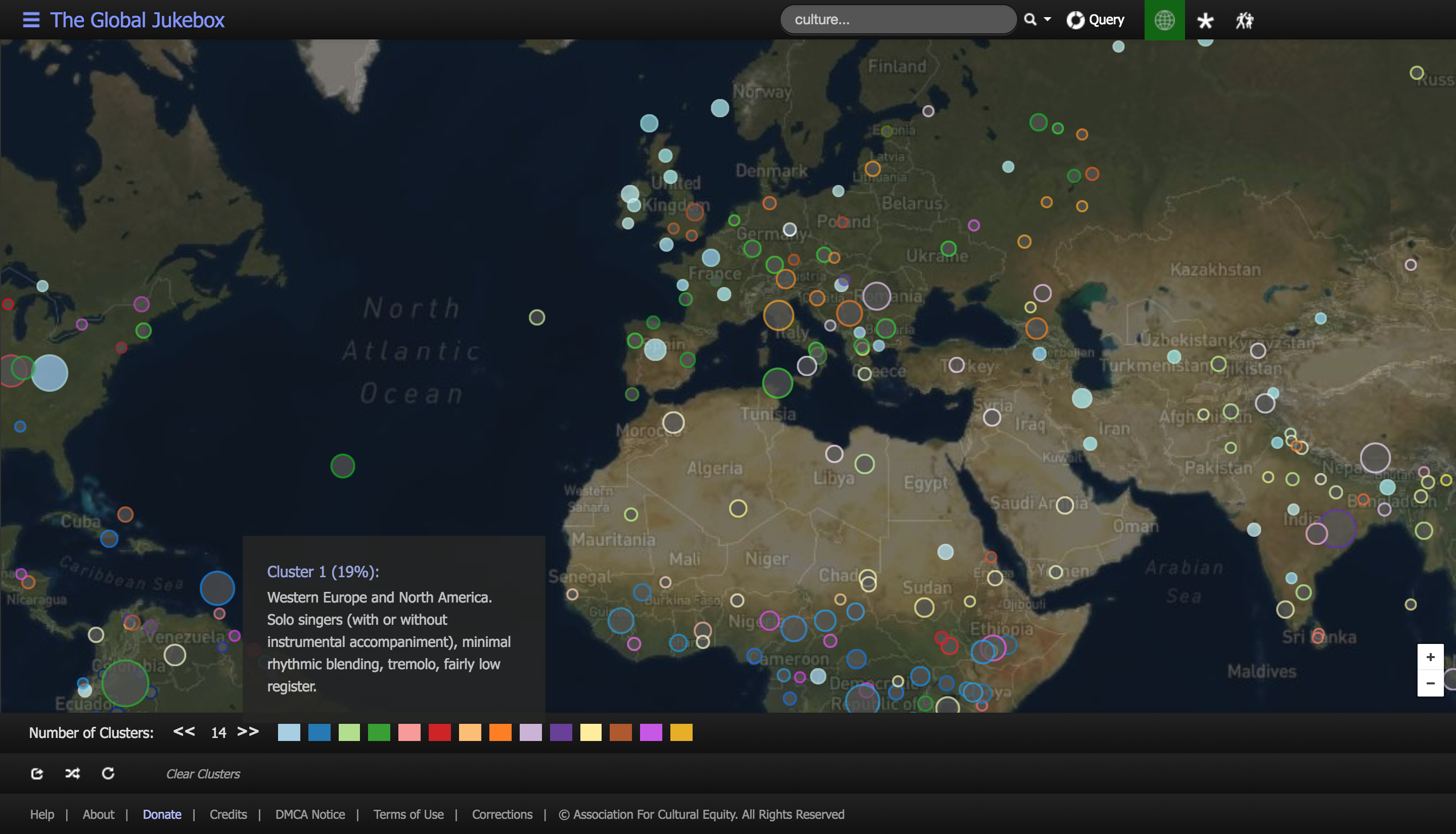 The Three Songs Most Representative of Cluster 1

A Dinka song about a powerful Kujur witch doctor, recorded in the Nuba Mountains of the Talod area of Sudan by Roxane Connick Carlisle 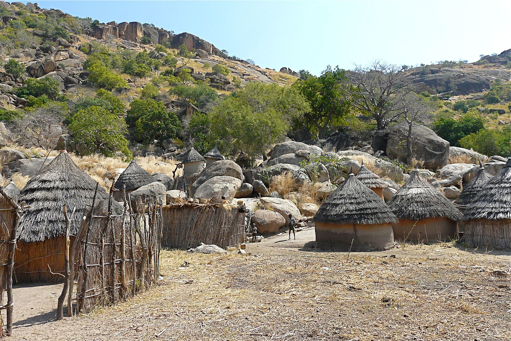 Dublin City sung by Seamus Ennis to Alan Lomax in 1951 (on "Songs of Seduction", Caedmon Records, reissued by Rounder Records) 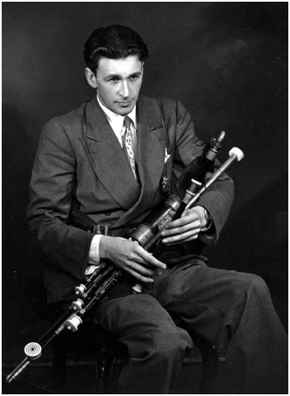 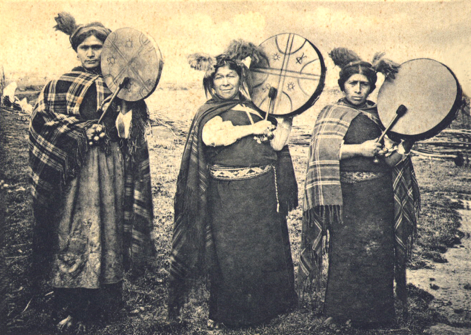 The Songs are from Three Continents ... but similar features can be heard in each of them.

Cluster 2 (About 11% of the Cultural Groupings) 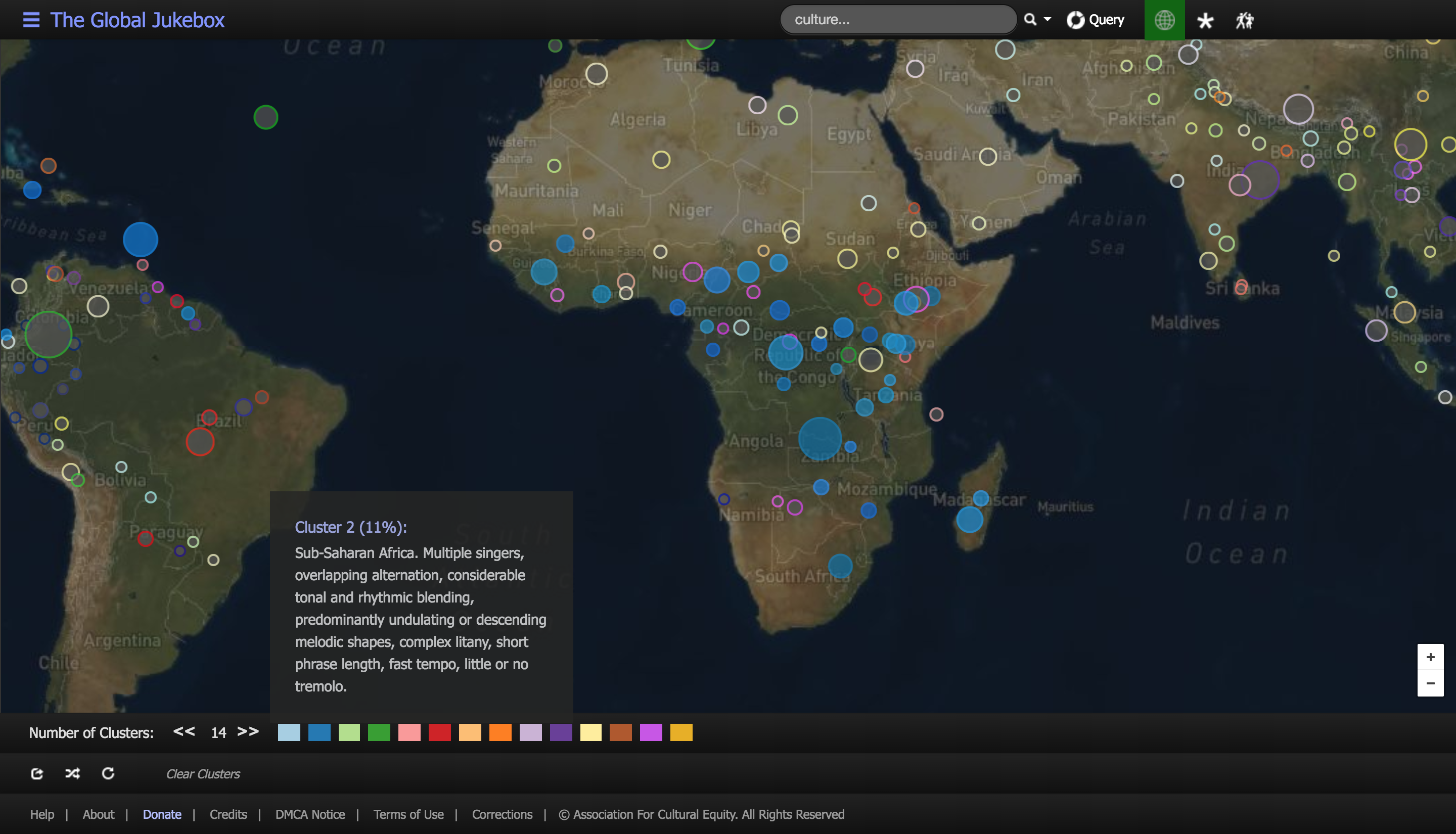 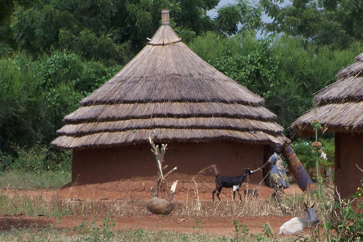 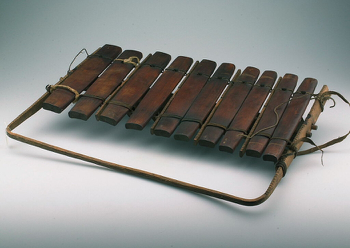 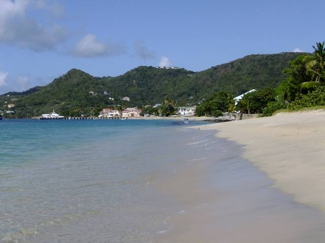 View of Hillsborough town and jetty, Carriacou, by Deeferdiving

Cluster 3 (About 10% of the Cultural Groupings) 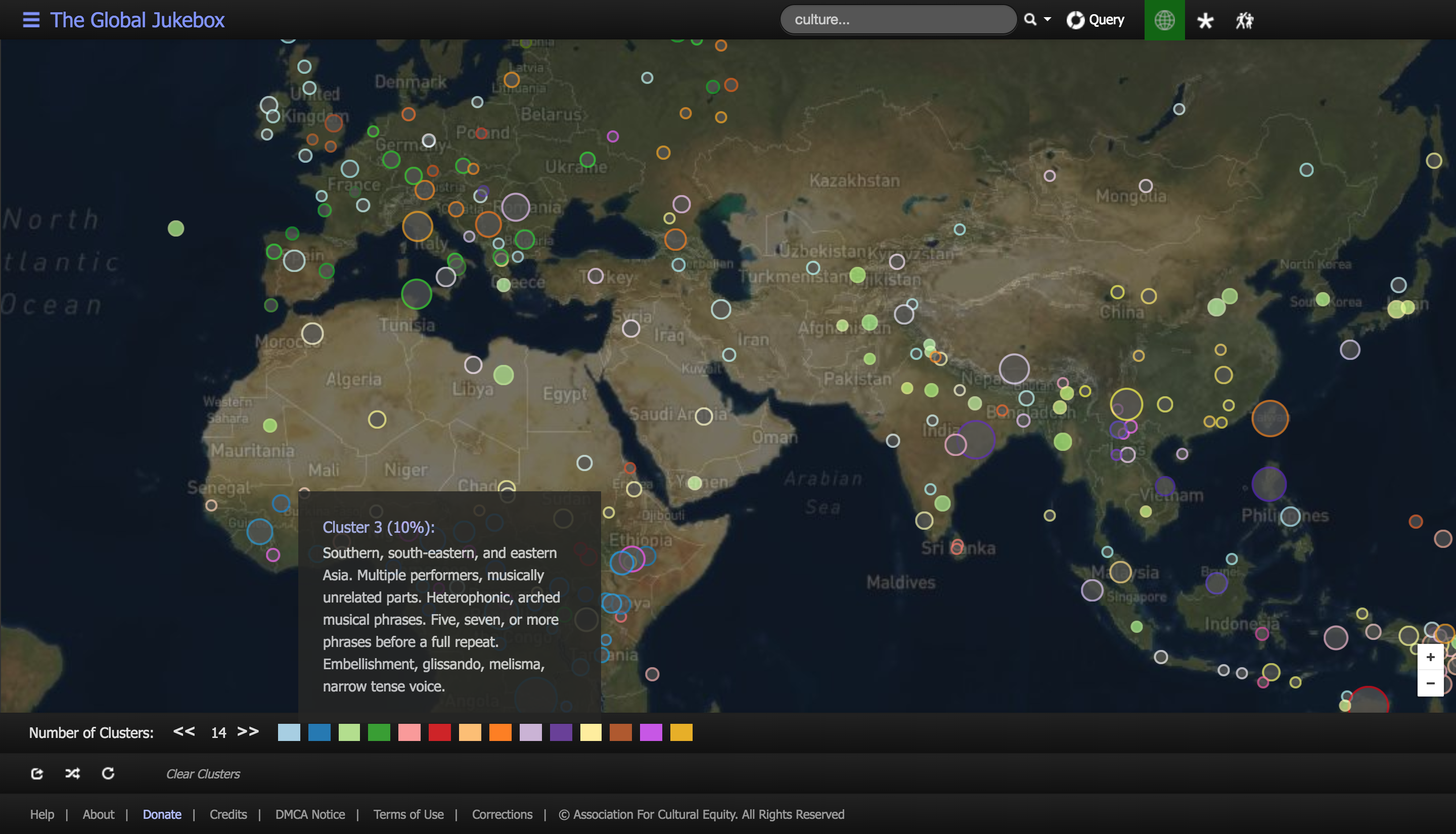 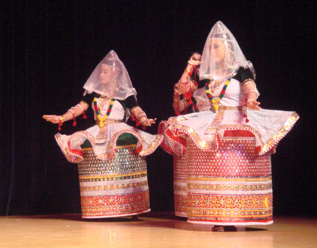 A comparison with the "factored geography of song regions" in the Cantometrics handbook shows broad similarities and specific differences from the patterns seen in the more recent analyses. Interestingly, the Totonac and the Miao did not fit any of their clusters. The latent cluster analysis places the Totonac in Cluster 12 and the Miao in Cluster 10. 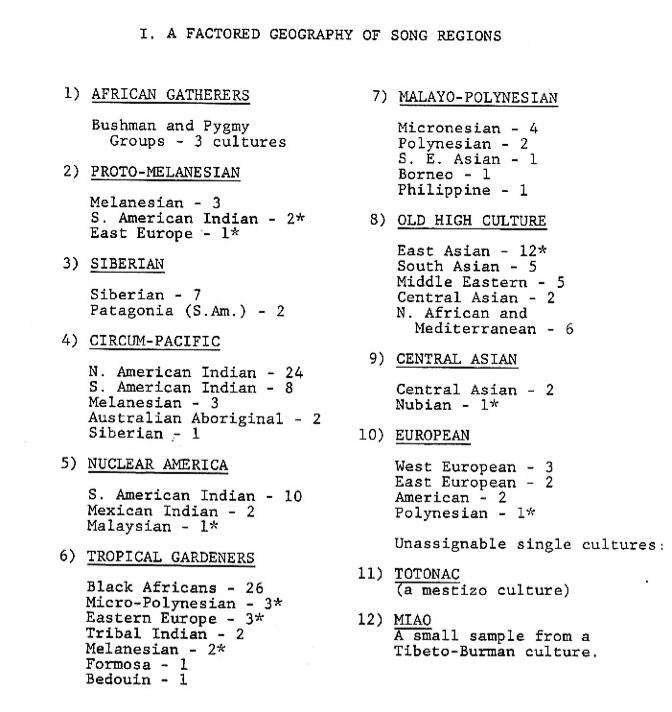 Other Analyses: Factors of Musical Style

Factor analysis (extracting what were once called "R factors") attempts to find weighted combinations of variables that can explain the variance among indicators (here, Cantometric codings).

A factor analysis of the codings shows that at least a dozen factors can be extracted from the data. The eigenvalue shows how much of the variance among coding values can be captured by that factor. A factor with an eigenvalue greater than one is conventionally considered to be worth retaining. 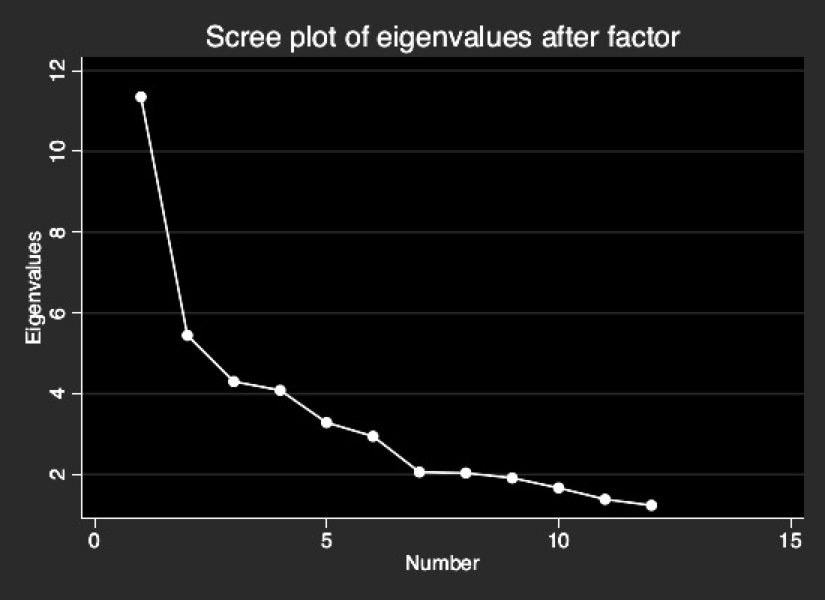 The Sometimes-Heterogeneous Nature of the Factors

Other Analyses: Correlations Between Song Style and Culture

"Polyphony and complementarity. Both polyphony in general and polyphony in female choruses rise in direct proportion to the degree of feminine involvement in subsistence labor." 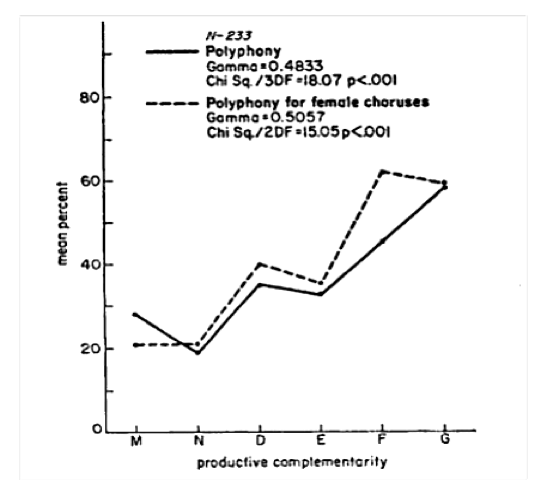 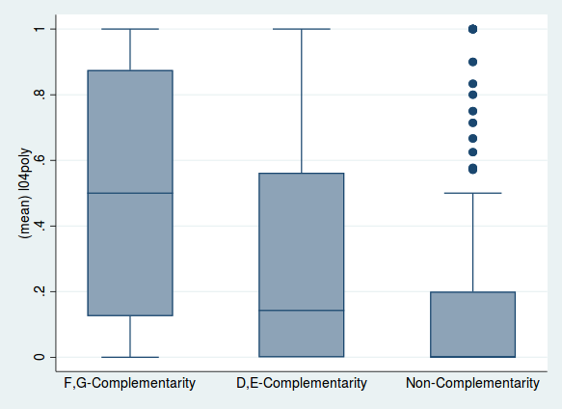 Note that the direction of the x axis is reversed from that of the earlier chart.